Jer Thorp is a digital artist who combines science, art, culture and data into his data visualizations. He’s also the former Data Artist in Residence for The New York Times. Thorp will speak at AFP 2017 in October, and he'll address an audience of financial planning and analysis professionals on the challenge of making data more human. 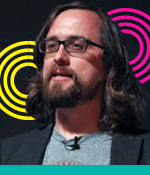 Jer Thorp is an artist and educator from Vancouver, Canada, currently living in New York. Coming from a background in genetics, his digital art practice explores the many-folded boundaries between science, data, art, and culture. Recently, his work has been featured by The Guardian, Scientific American, The New Yorker, and Popular Science.

Thorp’s award-winning software-based work has been exhibited in Europe, Asia, North America, South America, including in the Museum of Modern Art in Manhattan.