What Should Treasurers & CFOs Expect From the Global Economy?

Dan Burns, Reuters’ Economics and Markets Editor, Americas, tells AFP Conversations what treasury and finance should look for from the global economy in 2017. 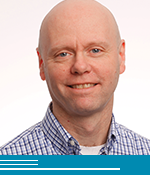 Dan Burns is the Economics and Financial Markets Editor, Americas for Reuters. Burns joined the global news agency in May of 1997 as a company news reporter and member of the "Pit" - the nickname for the corporate spot news desk at the time. In subsequent roles, he oversaw coverage of the U.S. tech sector, equities breaking news, Wall Street, economics and the Fed. Burns has also worked for Reuters Insider TV for three years and subsequently ran Reuters' U.S. general news unit during the year marked by Superstorm Sandy and the Colorado theater and Sandy Hook School massacres. He has BA from the University of Notre Dame and MA from the University of Maryland and currently lives in Newtown, Connecticut.